The Everglades once covered almost 11,000 square miles of South Florida. Just a century ago, water flowed down the Kissimmee River into Lake Okeechobee, then south through the vast Everglades to Florida Bay, the ultimate destination of uninterrupted sheetflow. Because of efforts to drain the marshland for agriculture, development and flood control, the Everglades is today half the size it was a century ago. This "River of Grass" is a mosaic of sawgrass marshes, freshwater ponds, prairies and forested uplands that supports a rich plant and wildlife community. Renowned for its wading birds and wildlife, the Everglades is home to dozens of federally threatened and endangered species, including the Florida panther, American crocodile, snail kite and wood stork. The mix of salt and fresh water makes it the only place on Earth where alligators and crocodiles exist side by side.

Recognizing that a healthy ecosystem is vital to a healthy economy, the South Florida Water Management District – working with our local, state and federal partners – is committed to restoring, revitalizing and protecting this national treasure. A number of initiatives and construction projects are underway to restore the Everglades, and significant progress has been made in many areas.

The Everglades: Past, Present and Future

Background of the Everglades/Florida Bay Ecosystem

The Everglades/Florida Bay system is an internationally recognized ecosystem that covers approximately 2 million acres in South Florida and contains the largest subtropical wetland in the United States. This area has been described as a vast sawgrass marsh, dotted with tree islands and interspersed with wet prairies and aquatic sloughs that historically covered most of southeastern Florida.

The present Everglades has been subdivided by the construction of canals, levees, roads and other facilities and has resulted in lost connections between the central Everglades and adjacent transitional wetlands. This separation and isolation can impair the Everglades' wildlife communities and sustainability of the ecosystem. Construction of canals and levees and impoundment of the Water Conservation Areas (WCAs) have caused over-drainage of some areas and excessive flooding in other areas.

Today's remaining Everglades is comprised of the Water Conservation Areas (WCA 1, WCA 2A, WCA 2B, WCA 3A, and WCA 3B), the Holey Land and Rotenberger Wildlife Management Areas (WMAs) and Everglades National Park, which also includes Florida Bay. WCA 1 is also known as the Arthur R. Marshall Loxahatchee National Wildlife Refuge. Everglades National Park and the WCAs were designated as Outstanding Florida Waters in 1978. They are the surviving remnants of the historical Everglades that once extended over an area approximately 40 miles wide by 100 miles long, from the south shore of Lake Okeechobee to the mangrove estuaries of Florida Bay. Florida Bay is connected to the Everglades by the flow of fresh water into the bay and the infiltration of salt water into the Everglades. The remaining Everglades/Florida Bay area provides significant ecological, water storage, flood control and recreational benefits to the region as well as important habitat for wildlife of national significance.

In addition to working with our local, state and federal partners on a number of Everglades restoration construction projects and initiatives, the South Florida Water Management District conducts multidisciplinary scientific research to understand the Everglades/Florida Bay system. Research focuses on understanding the role of nutrients within this interconnected system; the movement, distribution and quality of water needed for restoring or enhancing the ecosystem; and water's linkage to plant, soil and wildlife health.

The Everglades is naturally a "low-nutrient" system. Even small amounts of nutrients, such as phosphorus, can upset the ecological balance needed by the native plants and animals in the historic "River of Grass." Although it is a vital nutrient in all natural systems, phosphorus is also a component of fertilizers used in agricultural and urban applications. Excess phosphorus is regularly carried across the landscape in stormwater runoff (urban and agriculture), harming natural areas by promoting algae growth and an overabundance of non-native plants, crowding out natural vegetation and disrupting food sources and habitats used by native wildlife.

Nutrient and hydrological relationships have been studied and linked through experiments, field monitoring and historical analysis within the remaining Everglades' system. Research is also focused on the transition zone between the freshwater Everglades and saltwater Florida Bay. This area is sensitive to water and nutrient management changes, which impact much of the bay's ecology. Regional-scale ecological and hydrological models are being used extensively to synthesize the scientific data being collected. These computer models are designed to accurately predict the landscape and hydrological responses to different water management scenarios in the Greater Everglades. 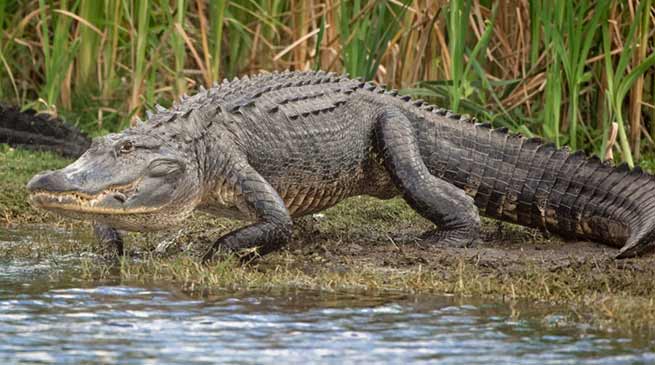