To ensure a 1.1-mile section of the C-15 Canal can continue to provide adequate flood protection for residents in the cities of Delray Beach and Boca Raton, the South Florida Water Management District conducted a tree removal effort over two phases. The project began in spring 2018 and was completed the following November.

To access and maintain the canal banks to provide optimal flood protection, the District owns right of way along the C-15 Canal in Delray Beach and Boca Raton. The District removed all trees within its right of way on both sides of the canal between South Dixie Highway and Interstate 95 (see map above right). The work is part of a normal cycle of maintenance on SFWMD rights of way to ensure that regional canals function optimally during a storm or hurricane event, such as Hurricane Irma in September 2017.

In addition to tree removal on the south side of the canal, the District cleared all improvements (i.e., fences, structures, lighting) lying on its property from the rear property lines of homes in Boca Raton to the top of the canal bank. This clearing will restore drivable access for operational and maintenance activities along this side of the canal. The project did not affect any existing lawfully authorized docks lying within the canal. The application for a Right of Way Occupancy Permit for existing docks without permits or proposed new docks can be found at www.sfwmd.gov/rowpermits.

All impacted residents were notified 30 days prior to the start date and again two weeks prior to the commencement of work in a specific area.

(NOTES ON LEGAL SURVEYS: In the legal surveys below, the white line represents District right of way/property. The dotted or dashed line is an additional 12-foot utility easement.

The surveys identify all trees within the survey area. Trees on private property were not removed.)

SFWMD maintains more than 2,000 miles of canals from Orlando to the Florida Keys. Keeping them clear of debris and vegetation, especially on their banks, ensures the regional flood control system works to protect Florida families and businesses. 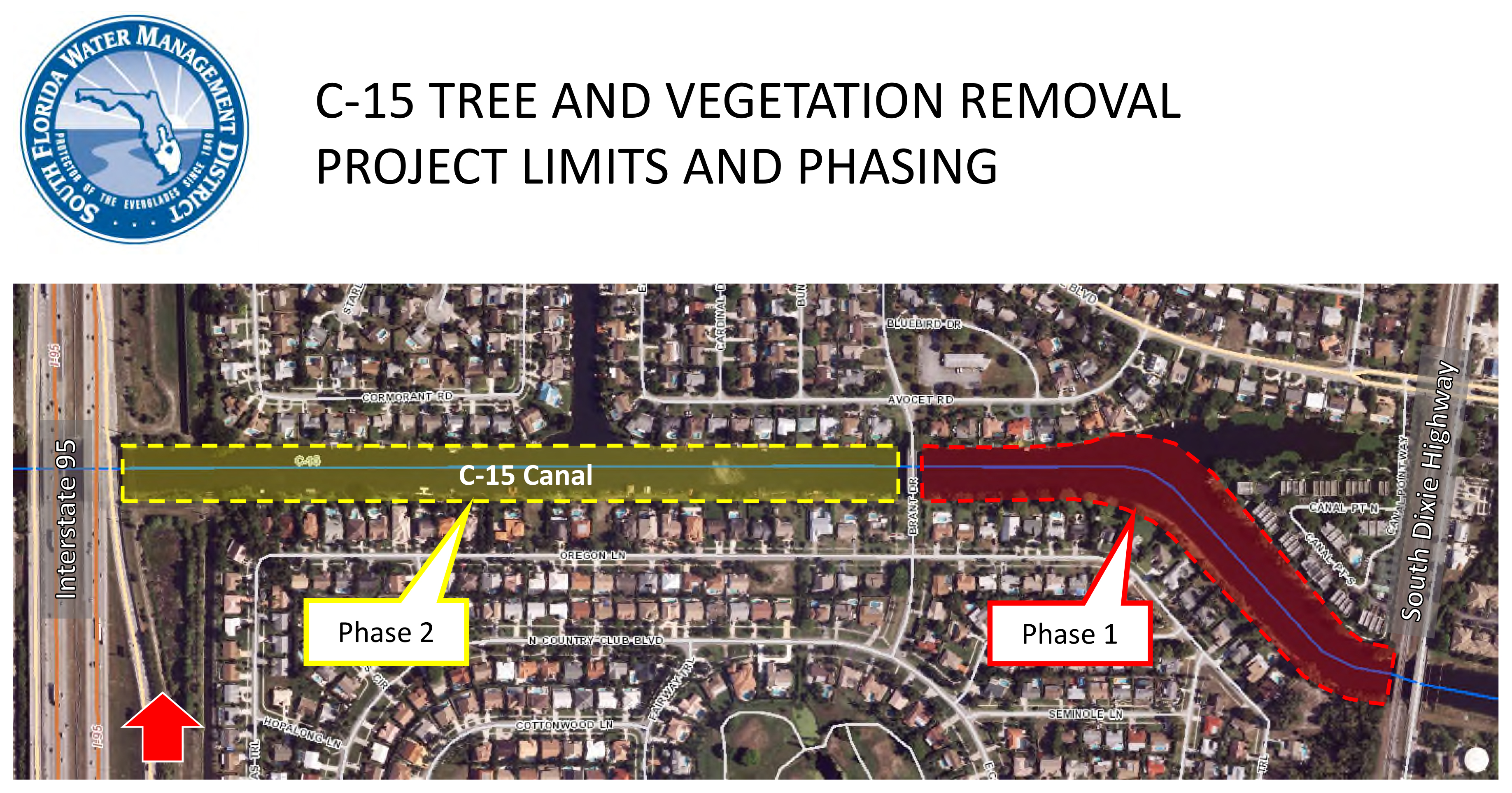 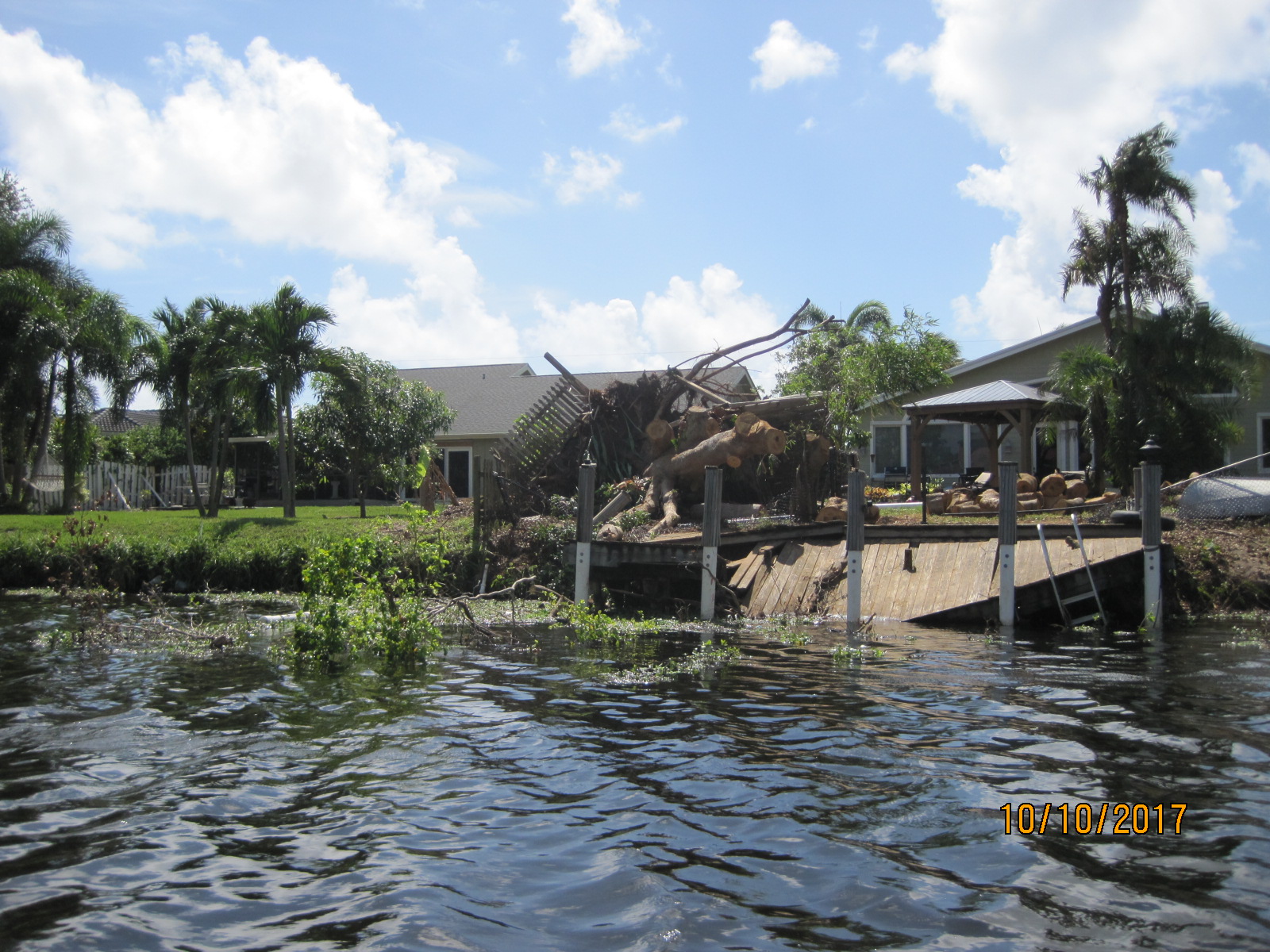 While the worst impacts of Hurricane Irma in Florida were felt on the west coast, the September 2017 storm produced winds strong enough to knock down this tree and dock along the C-15 Canal between Delray Beach and Boca Raton in Palm Beach County.

Vegetation and debris such as this can slow the flow of water in regional canals and cause blockages around downstream water control structures. These kinds of obstructions prevent water from properly draining and could result in flooding that endangers the safety of residents in the immediate area and many miles away.