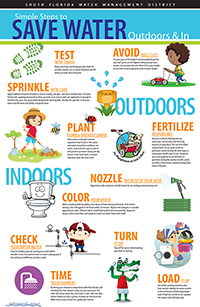 South Florida is one of the wettest areas of the country that typically gets about 53 inches of rainfall a year. Approximately 90 percent of the water used in homes and businesses comes from groundwater sources called aquifers. The remaining 10 percent comes from surface waters such as lakes, community ponds and rivers. Both surface and groundwater supplies are primarily recharged by rainfall.

Even with our typical abundant annual rainfall, South Florida’s weather can quickly change from deluge to drought. That’s why conserving water year round is an integral part of managing and protecting South Florida’s water supplies today and for our future generations. 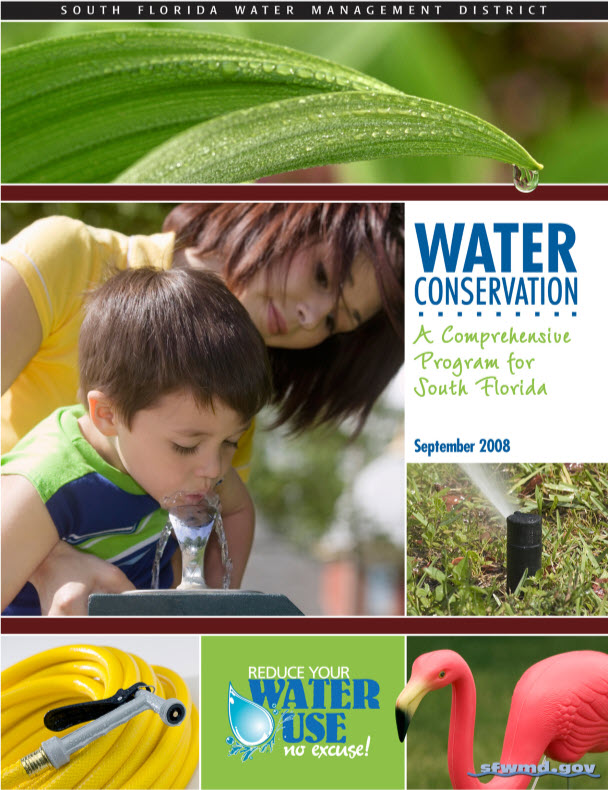 The District’s Comprehensive Water Conservation Plan includes voluntary and incentive-based initiatives, regulatory work, education and outreach. The amount of water used by the region’s 8.7 million residents has fallen from near 180 gallons of water per person per day in 2000 to about 140 gallons in 2014. Other SFWMD actions include:

HOW MUCH WATER DO YOU USE EACH DAY? COMPUTE YOUR WATER USE

Infographic: Simple Steps to Save Water Outdoors and In 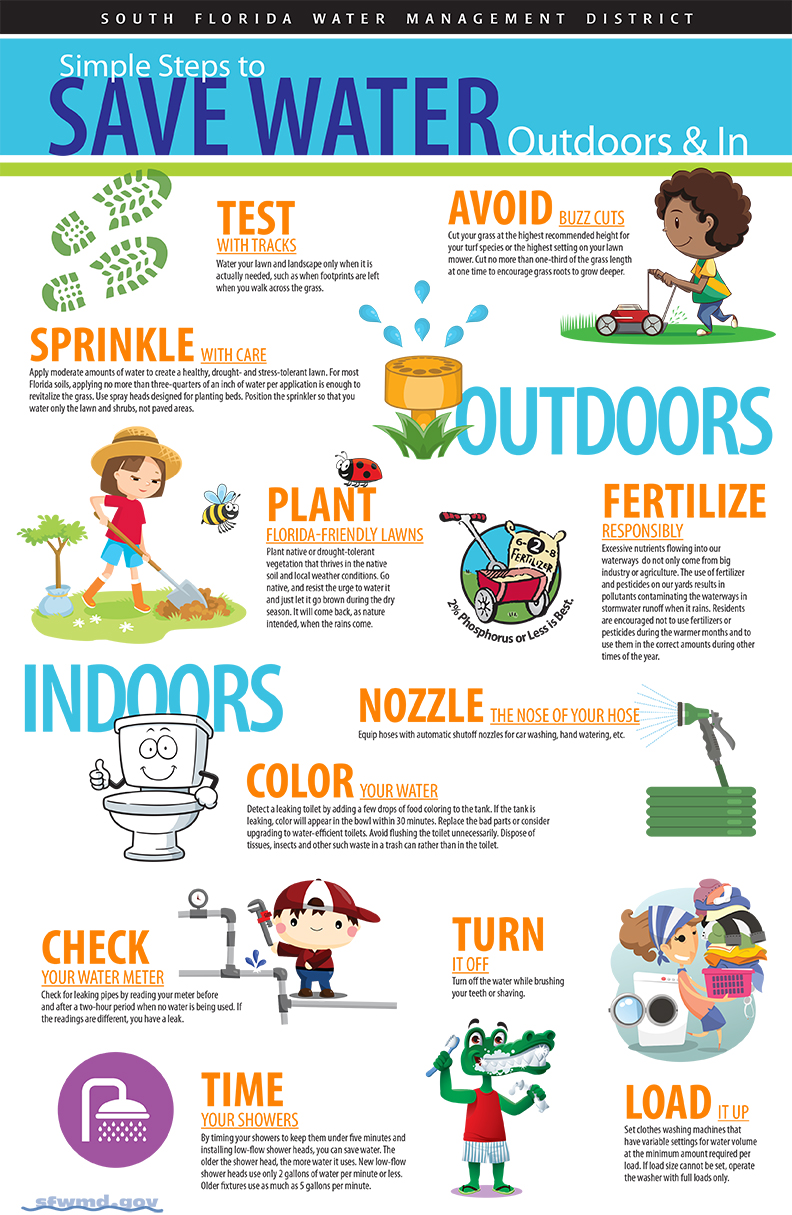