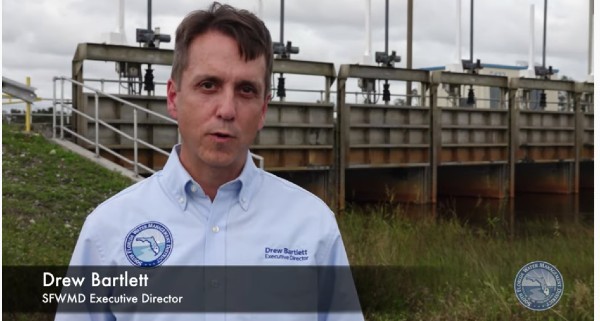 The South Florida Water Management District (SFWMD) is prepared for potentially heavy rain from Tropical Depression Eta as it is forecasted to impact parts of South Florida as early as this weekend. Residents and communities are urged to prepare for the expected rainfall in advance of the storm.

SFWMD Executive Director Drew Bartlett today released an update about District operations from the site of the C-4 Emergency Detention Basin in Miami-Dade County. It can store approximately 1 billion gallons of excess water after storm events to help protect residents from flooding.

Residents can also do their part in advance of Tropical Depression Eta including:

Flood control throughout South Florida relies on a primary system that SFWMD operates and secondary and tertiary systems operated by local governments and drainage districts. SFWMD's system is ready for forecasted rainfall, and SFWMD strongly encourages all local governments and local drainage operators to also monitor the storm and ensure their systems are ready.

Residents throughout South Florida can find which local agency to contact about flooding concerns by visiting SFWMD.gov/FloodControl. Standing water and rising levels in lakes and ponds are normal during and after a storm.

Continue to check SFWMD.gov, as well as SFWMD's Facebook and Twitter for the latest updates on operations by the District.