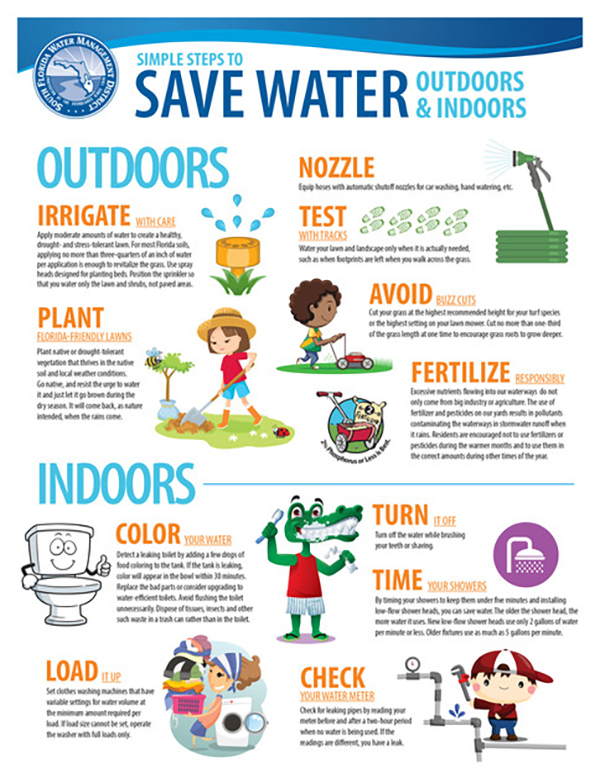 Every gallon conserved is a gallon not pulled from underground aquifers which allows us to have enough water supply for the future and hold back saltwater intrusion from sea-level rise. Conserving water is important to ensure that families, businesses and the environment continue to thrive.

South Florida's population is forecasted to exceed 10 million people and its daily demand for water is forecasted to surpass 4 billion gallons per day by 2040, making the need for water planning and robust water conservation programs more important than ever.

The District also supports water-saving programs and helps fund cost-sharing grants for water conservation projects. This year SFWMD is funding $2.5 million worth of such grants that will help conserve an estimated 1.1 billion gallons per year.

Learn more about SFWMD and watch its Governing Board meetings