Get to Know the Governing Board at the Big Cypress Basin 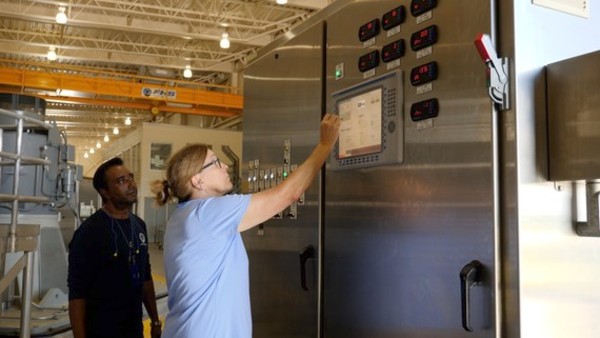 "In the 1960s, a developer dug canals to drain the land and constructed miles of shell-rock roads, destroying the natural habitat," said SFWMD Governing Board Member Charlette Roman. "Under the direction of Gov. Ron DeSantis to expedite Everglades restoration, the water management district has worked with its partner, the U.S. Army Corps of Engineers (USACE) to expedite the filling of some of those canals. Now we can restore the hydration and ecosystem of this beautiful natural treasure."

This past dry season, the USACE completed the backfilling of 3.3 miles of canals in the north central region of Picayune Strand. Now, with sufficient water supply from the region, SFWMD is using the Faka Union Pump Station for the first time ever to pump up to 2,650 cubic feet per second (cfs) of water into a large spreader basin. The basin fills up and allows water to flow naturally through the area and restore its natural state of hydration.

Rehydration of these wetlands supports wildlife habitat, water quality improvements, and overall ecosystem restoration efforts in the region. SFWMD has been working with the USACE for years on the Picayune Strand Restoration Project, which is part of the Comprehensive Everglades Restoration Plan (CERP).

The Picayune Strand Restoration Project is a partnership with the U.S. Army Corps of Engineers and is expected to be completed by 2025. The restoration effort is one of dozens of projects Gov. DeSantis directed SFWMD and its partners to expedite with his Achieving More Now For Florida's Environment Executive Order as soon as he took office in 2019.

Historic Start Up of Picayune Pump Station from SFWMD on Vimeo.