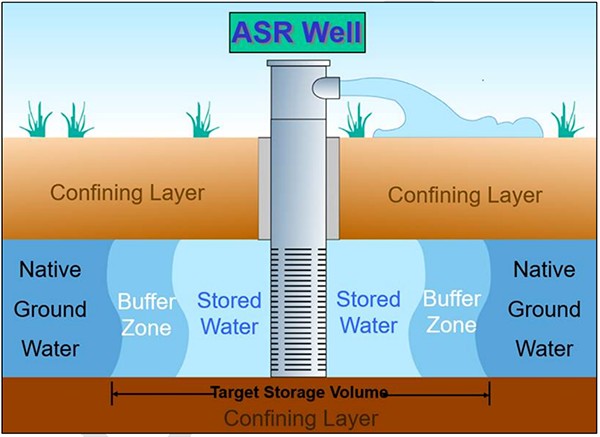 As part of our ongoing effort to increase public participation and engagement, the South Florida Water Management District encourages the public to provide input on the Final Draft 2021 Aquifer Storage and Recovery (ASR) Science Plan.

The final draft plan is available for public and peer review at SFWMD.gov/ASR. Public comments can be submitted via email at ASRwells@SFWMD.gov through March 7, 2021.

About the Draft ASR Science Plan

The SFWMD and the United States Army Corps of Engineers (USACE) prepared the Final Draft 2021 ASR Science Plan to address uncertainties identified in the National Research Council’s (NRC’s) review of the ASR Regional Study Final Technical Data Report. There are potential benefits of ASR wells, and there are some technical uncertainties regarding regional effects of large-scale ASR implementation.

Although the studies proposed in this Final Draft ASR Science Plan are intended to be conducted at ASR locations identified in the LOWRP Integrated Project Implementation Report and Environmental Impact Statement, they may have broad application beyond the LOWRP’s scope.