A Misunderstood Mammal: Why Bats Are Beneficial to South Florida
Tue October 26, 2021
Category
Did You Know? 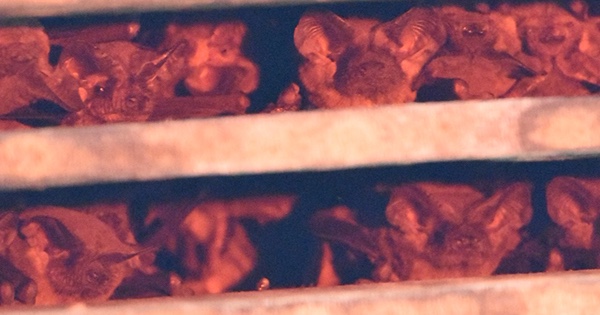 The spooky truth is that the benefits of bats are often overshadowed by myth and legends that contribute to fear and false assumptions about the world’s only flying mammal. Bats provide many ecological benefits, including:

In addition to flying, bats also use echolocation to find insects and navigate at night. Almost all bats echolocate at frequencies typically too high to be heard by the human ear. However, one of the few bat calls that can be heard by humans comes from one of the rarest bats in the world, found only in South Florida: the endangered Florida Bonneted Bat.

All bat species are protected by law in Florida to conserve their populations. To aid in this effort, SFWMD staff routinely conduct surveys of tree cavities and our human-made structures. SFWMD staff also use acoustical surveys in parts of the District that fall within the range of the endangered Florida Bonneted Bat. Special equipment is installed at key locations and left on-site for about two weeks at a time to record bat chitters and calls. That data is then visually represented in a sonogram.

Some species have taken to roosting in homes, sheds, and businesses. If you have bats near you, do not harm them or attempt to remove them yourself. For more information read the Florida Fish and Wildlife Conservation Commission's “Bats in Buildings” guide.