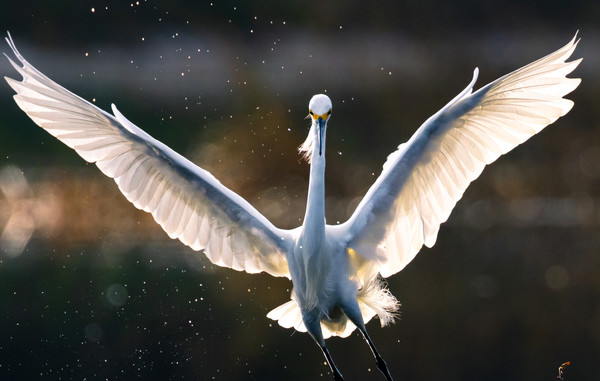 Approximately 43,000 wading bird nests were initiated during the year, according to the latest South Florida Water Management District Annual South Florida Wading Bird Report. Wading birds, one of the bellwether species used by scientists to gauge the overall health of the Everglades, are studied to count the number of nests and determine the success of their nesting activity. 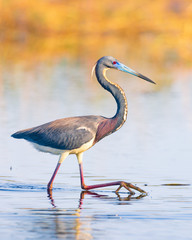 "This latest reporting year is about an average year for nesting activity. This is expected to happen some years because of climatic conditions. Drier than average conditions for most of the nesting season followed by a large rain event in May created unfavorable conditions for nesting," said SFWMD Dr. Mark Cook, lead editor of the SFWMD Wading Bird Report. "In past years these conditions could have led to a very poor nesting year but this was average. Things have improved over the past decades because we are improving water management and building additional restoration projects. Today's announcement shows we are moving in the right direction with Everglades restoration.”

The report shows that three of the four wading birds species studied by SFWMD, including the Great Egret, White Ibis and Wood Stork, continue to meet their three-year average targets prescribed in the Comprehensive Everglades Restoration Plan (CERP). It also shows that 25 percent of all nests were found in coastal areas, a region where scientists have been trying to restore nesting for years. Five to 10 years ago, as little as ten percent of all nests were found in these areas.

In the 1980s and 1990s, before the start of Everglades restoration began, nesting years would routinely see as few as 5,000 nests throughout South Florida regardless of climactic conditions.

"Wading birds, our environment and all of our communities can benefit whe 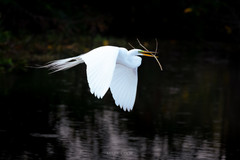 n we restore South Florida's hydrology and have the necessary infrastructure to move more water in the Everglades to the right places at the right time," said SFWMD Governing Board Chairman Chauncey Goss. "Under the leadership of Governor Ron DeSantis, the South Florida Water Management District remains committed to expediting Everglades restoration projects all across South Florida to support our natural ecology and reduce harmful discharges from Lake Okeechobee to the Northern Estuaries."

While the latest Wading Bird Report, which covers November 2019 through Summer 2020, was about average, Dr. Cook said preliminary data shows the 2021 wading bird nesting season may be well above average.