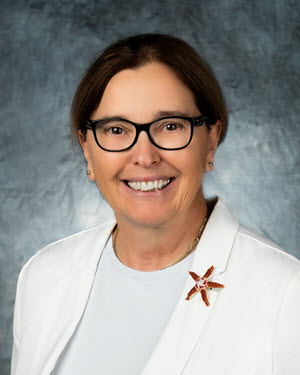 Charlette Roman was appointed by Governor Ron DeSantis in 2019 and serves as an at-large member of the South Florida Water Management District Governing Board and the Chair of the Big Cypress Basin Board.

Roman works hard every day to restore America’s Everglades, improve water quality, protect the region from flooding and ensure an adequate water supply for millions of South Floridians. She also prioritizes public engagement and frequently meets community members and stakeholders throughout the area she represents.

Roman enlisted in the U.S. Army in 1973 and served for 26 years, retiring as a Colonel. Highlights of her career include command of an Airborne Signal Battalion at Fort Bragg, North Carolina, service as an Inspector General, and command of the U.S. Garrison, Fort Gordon, Georgia. After the fall of the Berlin Wall in 1989, she was one of the first U.S. military personnel present to witness East Germans crossing the Freedom Bridge in Berlin.  She is a graduate of the U.S. Armed Forces Staff College and the U.S. Army War College.

Roman was drawn to southwest Florida by its natural beauty and wildlife, and is driven to protect this wonderful ecosystem. She became a certified Florida Master Naturalist and has volunteered more than 1,000 hours for the Rookery Bay National Estuarine Research Reserve. She also served as the President of The Friends of Tigertail Beach, a nonprofit conservation organization and was a founding Board Member of the Gulf Coast Orchid Alliance. In recognition of her educational and stewardship efforts, in 2009 she received the prestigious Collier County Audubon Society Fellowship. In 2022, she was honored with the Laverne Norris Gaynor Environmental Champion Award by the Rookery Bay National Estuarine Research Reserve Board of Directors for her years of service in protecting the coastal environment.

She currently resides on beautiful Marco Island in Southwest Florida.