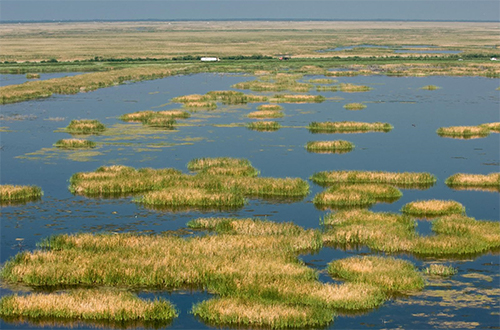 West Palm Beach, FL – The South Florida Water Management District's (SFWMD) five Stormwater Treatment Areas (STAs) sent the cleanest water ever produced by these facilities to the Everglades over this past water year. STAs are shallow constructed wetlands that use plants to naturally remove excess phosphorus from the water.

During Water Year 2017 (May 1, 2016 to April 30, 2017), 57,000 acres of STAs treated 1.1 million acre-feet of water. These constructed wetlands reduced phosphorus levels to an overall average concentration of 15 parts per billion (ppb). This is the lowest overall average phosphorus concentration on record for SFWMD's STAs since the District began operating them and tracking annual water year performance in 1994. Since inception, the STAs have prevented more than 2,329 metric tons of phosphorus from going into the Everglades.

"Taxpayers have invested billions of dollars into restoring the Everglades because of the importance of this one-of-a-kind ecosystem," said SFWMD Governing Board Chairman Dan O'Keefe. "These record results show that Florida taxpayers are getting the return on their investment they deserve; clean water and a healthy Everglades for generations to come."