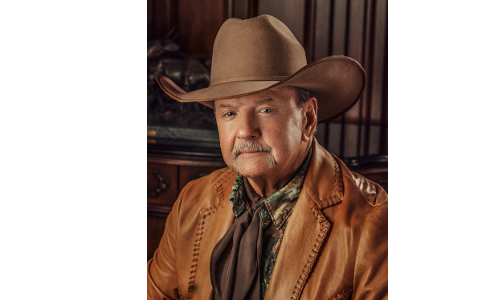 Ron Bergeron was raised in Davie, Florida, a small town with a population of about 500. His mother and father owned a small grocery store. From a young age, his parents instilled the importance of being kind, earning respect and having strong work ethic. Most important of all was giving to charity no matter the size of the contribution. Bergeron’s grandfather was a game warden in the Florida Everglades and taught him the importance of conservation and protecting the environment. Bergeron was raised to appreciate, celebrate, and preserve the local culture and history. His family, along with other pioneer families, were instrumental in building a local rodeo arena which was later named the Bergeron Rodeo Grounds in recognition of his family’s contributions to preserving Davie’s roots, culture and heritage. A cowboy at heart, Ron competed professionally in rodeo for over 20 years – qualifying for the Southeastern Circuit Finals 3 times and competing in the top 15 cowboys at the International Rodeo Association World Finals in 1984.

EDUCATION AND EARLY CAREER In 1962, Ron graduated from Stranahan High School and left home with a few hundred dollars in his pocket. He got a job at a local gas station where he earned $.50 an hour. Soon after, he began maintaining a coconut plantation and saved up enough money to buy his first tractor, a 1943 Ford Ferguson. A neighbor asked him to mow his pasture and tend to his orange grove. Bergeron mowed pastures, baled hay, and harvested fruit. He never turned down a job, and worked many 18 hour days. He sometimes slept under his tractor.

At the age of 21, Bergeron noticed that the most successful people that he knew were landowners, so he began buying real estate. In 1965, he incorporated Bergeron Land Development and began building driveways. He also began buying tracts of land that were in the path of development. His company would eventually build entire cities and major road systems and state highway interchanges. In order to succeed in the highly competitive world of highway construction, in 1969, Bergeron entered into the mining and quarry business and supplied all his companies with highway construction material. By the age of 25, Ron had become a very successful businessman and entrepreneur, yet he lived in a house trailer until he was 40.

CAREER Bergeron Land Development grew to be one of the most highly respected and largest site-development and roadway construction companies in Florida. The company has completed projects in the private and public sectors, including site preparation for residential subdivisions, commercial buildings, industrial, and other facilities as well as the construction of roads, highways, airports and wetland mitigation areas. The company has been named among Florida’s Top 100 Contractors in Southeast Construction magazine for the past several years and has been recognized world-wide by the American Civil Engineering Society for its Everglades Restoration project. In 1989, Bergeron incorporated a real-estate company, Bergeron Properties and Investments Corporation, which owns and manages a broad real estate portfolio of commercial and industrial properties throughout the U.S. and continues developing properties purchased by Bergeron over 40 years ago. One of many current projects includes the development of the Bergeron Park of Commerce South with 2.3 million square feet of industrial space. CIVIC AFFAIRS AND

PHILANTHROPY Appointed by two Governors, Bergeron served two terms as a Florida Fish and Wildlife Commissioner and was the point commissioner over the Florida Everglades. Bergeron has been a tireless champion for the restoration and protection of the Everglades, one of the natural wonders of the world. He also founded the Bergeron Everglades Museum and Wildlife Foundation with the central focus of saving the environment and educating the public on the importance of preserving Florida’s natural resources. In 2018 Bergeron received the Horatio Alger Award. His philanthropic activities include, The Boys & Girls Club of Broward County, Wayne Huizenga Broward Partnership for the Homeless, The American Heart Association, Boy Scouts of America, Fort Lauderdale Historical Society, Equine Therapies for Handicapped Children, Bit by Bit, The Old Davie School Historical Museum, Professional Rodeo Cowboys Association and the Nova Southeastern Entrepreneur Program. Over the past 25 years Bergeron has raised millions of dollars at his private ranch, which includes a saloon of the 1800s and rodeo arena.