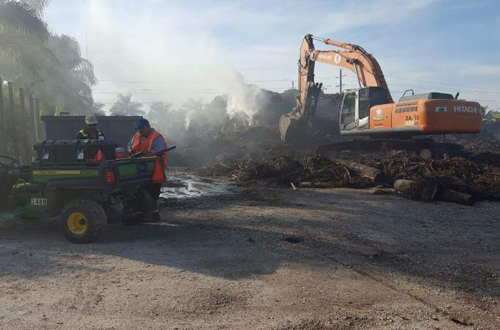 As PBC Fire Rescue investigated the situation, which began around 5 a.m., their Incident Commander Kevin Shaw asked for the District's help in deploying crews that could transport and operate track mounted excavators to the location. No residents or homes were in any danger after the area was secured and the fire controlled.

"We appreciate the hard work of our field crews, particularly our two military veterans, in responding to this incident on such an important holiday," said SFWMD Governing Board Chairman Dan O'Keefe. "This is the type of work we do at the District each day to help ensure the safety of South Floridians."