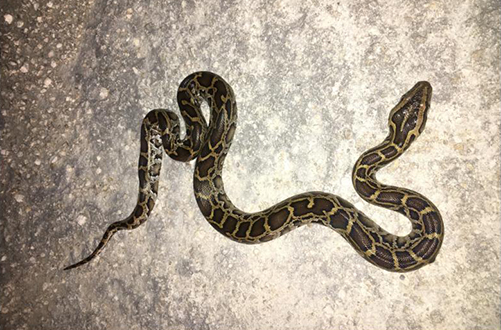 On the night of Monday, May 15, four of the invasive predators were killed and three more were eliminated Tuesday night.

Kyle Penniston, of Homestead, captured the milestone 100th snake, a 4-foot-long python killed on the banks of the C-111 Canal in South Miami-Dade County. Penniston has killed more than 20 pythons in the last three years.