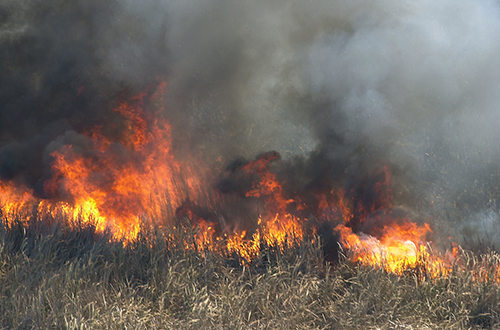 The temporary ban on all open fires and campfires has been lifted for SFWMD lands in all 16 counties.

The temporary burn ban on South Florida Water Management District (SFWMD) lands has been lifted except in Highlands County.

West Palm Beach, FL - Due to the increased danger of wildfires caused by extraordinarily dry conditions, the South Florida Water Management District (SFWMD) today issued a temporary ban on all open fires and campfires on District lands. The ban includes lands open for recreational purposes in Hendry, Glades, Okeechobee, Osceola and Polk counties. Additionally, SFWMD's  prohibitions could be expanded to other locations throughout the District if drought conditions continue.

The ban follows Gov. Rick Scott's declaration of a state of emergency across Florida due to recent wildlife and the high potential for more fires. The temporary ban means no building of fires in grills, fireplaces or fire rings on SFWMD-owned public lands in these counties until further notice. The use of portable camp stoves or charcoal grills provided by users and grills provided by the District or partnering agencies on District lands is allowed for cooking purposes only.